Go there before you die.

I shouldn't wait if I managed to go to the places on my wish list. Of course you just cannot go to such places today but I made it a rule not to wait too long because the time given to me is one day less every day.

This winter is unusually warm caused by global warming, I believe. But this troublesome issue at least gave me an opportunity to go to the natural but unusual Mizuniwa garden.

I could make one day off on that day and had been thinking that I would go if there was no snow. But usually Nasu where the garden lies is too snowy in February. Amazingly there was only one snowy day that caused the garden covered with snow this winter.

I called the Art Biotop a few times before I made a reservation two days before my visit. At that time I was convinced that there would be no snow and I would be able to walk in the garden.

I did. I was not surprised by the beauty because I knew it. I just had to be there to absorb the experience. And I did.

On July 1, 2020, they are opening their additional accommodations designed by BAN Shigeru, one of my favorite architects.

A summer visit with a overnight stay will be good. 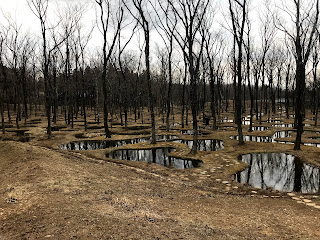 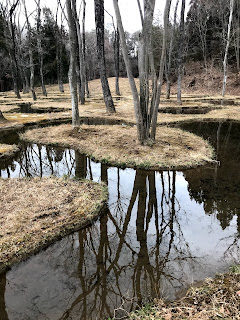 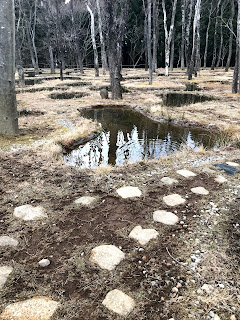 Posted by jasmine at 9:23 PM No comments:

Onomichi has old and new


Once in a while I have a fad about this port town. It happened already three times and will come back constantly.

The first should have been about 15 years ago when my friends and I learned the basics of Onomich; the second was in 2011 when nobody came to Japan after the disastrous earthquakes and Tsunami. my friends and I were riding a bike and making up cycling routes by ourselves; the third is happening now and I'm seeing the town from many perspectives including stores, cafes, and restaurants run by the long-time residents and the new comers. The new Onomichi City Hall is another charming addition to the area.

The first time when my friends and I came to Onomichi a number of times in total introduced to us the orthodox Onomichi where 25 major temples and many small shrines lined the alleys on the slopes. We were amazed by how charming and even mystic these alleys were. We also learned how skillful Onomichi masons were by spotting what they made such as stone lanterns or statues. We came to know how Onomich thrived as a significant port town and how wealthy merchants and important samurai warrior members contributed to the creation of this temple town by building them and patronizing them over time.

The fake castle tower on top of the hill built by the chairman of the Onomichi chamber of commerce and industry in 1964 will be finally torn down soon. I'm so glad about it because Onomichi was not a castle town and does not have to be. There are many former castle towns but there's just one Onomichi which thrived with merchants and some important samurai members from the middle age of Japan.

The town has been known as the town of slopes where peoples' houses stand. It started after the introduction of the railway to Onomichi in 1891. The modern railway cut through the premises of shrines and temples and an interesting thing happened - unfortunate for some of the temples and shrines whose  grounds were divided into two by the railway. You will see local trains running by right in front of you from some of the temple gates or stone stairs leading to the temples. It's an interesting image symbolizing the modernization Onomichi had to go through. And people began to live on the slopes where only shrines and temples stood before. Now the private houses, shrines, and temples are connected by alleys and slopes, making the town one big maze.

The town now is a gateway to the Shimanami Scenic Sea Route on which you can walk or ride a bike. The route connecting Honshu and Shikoku over the sea with seven bridges is now one of the most SACRED cycling routes for the bike riders.

The town is unique as it is. It has old and new. It hosts young people who discovered this town and old members who have lived here for long. You will be sure to talked to by an old local lady if you look curious about the town or look lost. They believe you don't know how you can go to your destinations in mind. It's easy to get lost in Onomichi. You will love it.

Just like any other small cities and towns and villages, Onomichi has suffered from depopulation and lack of strong economy but young people are coming back or coming in. Something about Onomichi attracts these youth and me though I'm not that young.

In this article is introduced this store where Onomichi vintage jeans are on sale. The young founders did not start this to make money but did this to make the town more attractive and cheerful and a happy place for the residents.

Mostly locals got involved to make new jeans made in the BINGO area that Onomichi belongs to used and old. Locals from every rank and file wear the BINGO jeans for about a year under the periodical check and clean-ups by the store. The tag attached to respective jeans tells the occupation of the original wearer. Accordingly the jeans transformed themselves over a year.

The store is doing well, sustaining itself. What an idea they had!! 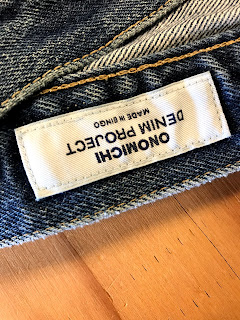 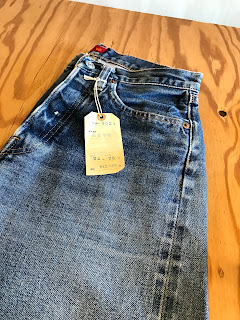 Takaya Shrine or Shrine in Heaven in Kagawa Pref.

The shrine is now becoming known and attracting the attention among Japanese. The inner shrine or Hongu is on top of the hill (404 meters above sea level); whereas Geku is at the bottom; and Chugu is in-between.
It takes about 50 minutes on foot from the bottom to the top. But there's a secret way by car. The roads are mostly narrow and winding but reachable on the weekdays when few cars go up the hill at the same time. But not on the weekend. Along with a nearby beach named chichibugahama, the shrine will be the one that has not yet been explored much. Having said that however, English articles about the shrine has already been uploaded like this one. It was a beautiful day, a break in the middle of the rainy season in Japan, when I was there.

You will need a few days or even more to look around the Matsuyama area, visiting to the north and south of the city after the major destinations in the city center including the authentic Matsuyama Castle and the proud Dogo Onsen Public Bathhouse  as the one of the three oldest onsen hot spring water in Japan.

You will have a whole day's fun in the city. Then the next day, you can try Uchiko tucked away from modern hustle and bustle. The main attraction is the old streets and allays with traditional houses, fortunately forgotten from short-sighted development in the latter half of the last century. On the way, Japan realized the significance of heritage from the past as identity of communities. Uchiko also recognized it and started their good effort to preserve, restore, and make use of what had been handed down to them.

Uchiko once thrived with quality wax production, in particular making it refined. The Haga family developed new methods of making refined wax in the 19th century and they over time came to have 13 branch families. They are still good families though the wax production stopped long time ago in 1924.

The legacy from prosperity remains with the former Kami-Haga residence and factory now restored and open to the public. The main Haga family of Hon-Haga shows its grand facade and architectural features and they can be enjoyed from viewing from the street. The Shimo-Haga residence has a tenant running a soba buckwheat noodle restaurant.

The Uchiko-za theater is another big attraction, built over a century ago under the auspices of 17 shareholders. It was about to be dismantled once with changing times and the needs but resurrected with people's good thinking. Now it's an ongoing theater for performing art. Tradition prevailed.

The Museum of Merchants featuring their life around 1921 should not be missed, either. It's larger than it looks from the entrance. The old house was converted into this museum; thus architecture features are interesting to see. Wooden buildings can be enlarged later. This house also has the older part from the Edo period and the newer part from the Meiji period. The older's ceiling is obviously lower than the newer's.

The whole area showcases the old days but is alive with locals living here and kids going to school.

There's so much to appreciate. And perhaps after lunch, you can also try the outskirts of the town, seeing a restored watermill, a rustic covered bridge, terraced rice and vegetable field, and coming across with welcoming smiles from local residents.

Melbourne is now chaotic with its population increasing 3000 a day

It's a bit untidy or from a Japanese point of view filthy. But hosting many sports events is great including the Australia Open tennis tournament. 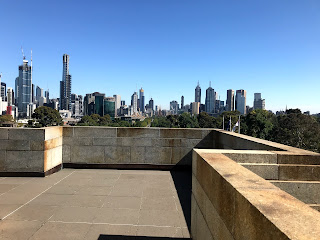 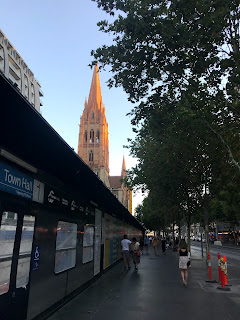 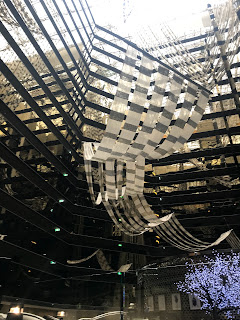 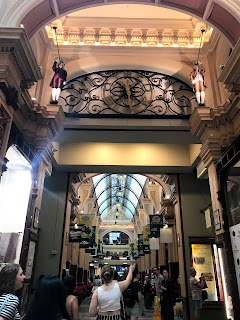 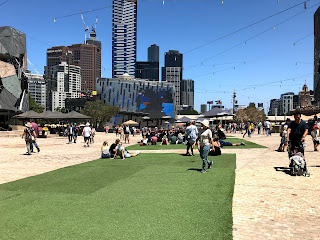 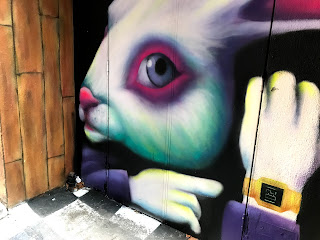 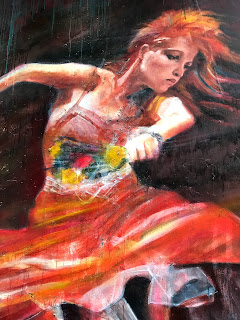 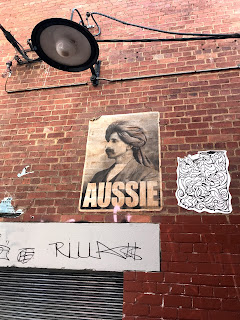 Posted by jasmine at 5:59 PM No comments:

Love, respect, and understanding are what you would like to remember once again while walking with Den, an aboriginal heritage walk guide. 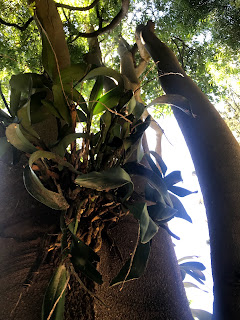 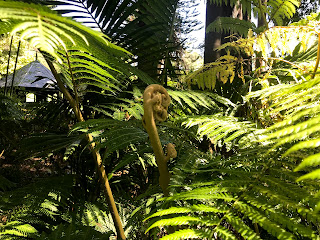 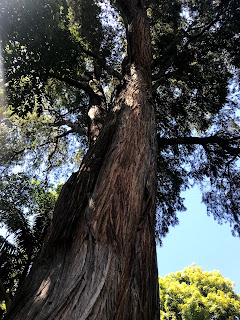 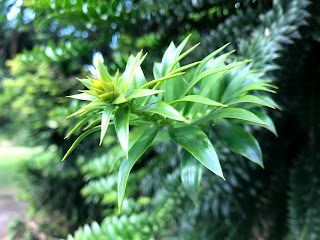 Posted by jasmine at 5:48 PM No comments:

state library of Victoria, in Melbourne, has good exhibits

It's a remarkable building, a great place to find and read books with free wifi access and impressive exhibits of paintings and panels. The Queen Victoria Market is nearby. Recommend visiting both. 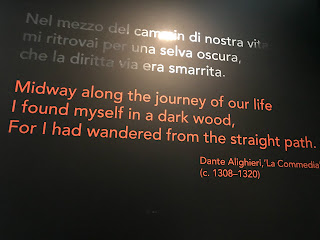 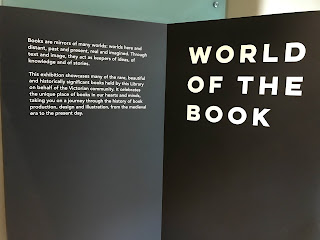 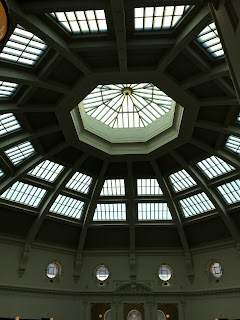 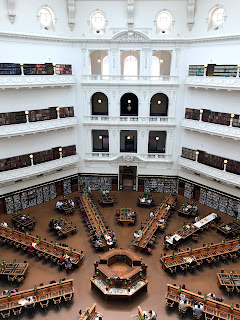 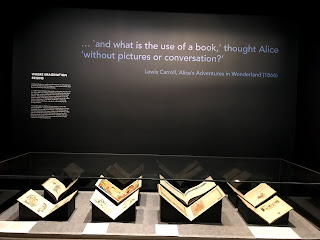 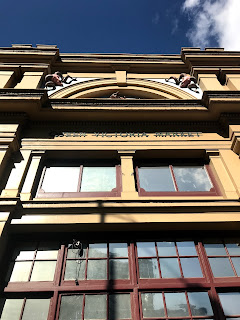 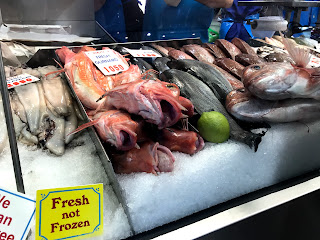 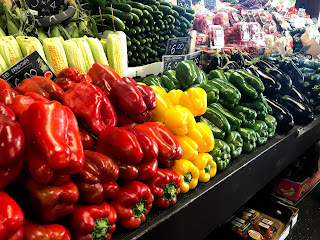 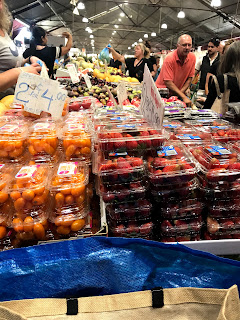 Posted by jasmine at 5:40 PM No comments: